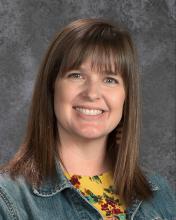 I am so thankful to be the Assistant Principal at Shepardson! I have been an educator for seventeen years, eleven of those in PSD. For nine years I was at O’Dea Elementary as an instructional coach, interventionist, second grade, and first grade teacher. Before that I was at Bennett Elementary for one year as a first grade teacher. Before moving to Fort Collins in 2010, I taught in Arlington, Texas and Tyler, Texas as a first grade teacher and an interventionist. I received my Bachelor’s Degree in Early Childhood Education from Texas Tech University in 2004, where I also worked as a preschool teacher throughout my time there. Six years later, I received my Master’s Degree in Educational Leadership from The University of Texas at Tyler.

I became a teacher because of my dad. He struggled in school and not all of his teachers believed in his capabilities and potential. It was through the power of one teacher, and through lots of hard work and sacrifice that he learned to read and thrive in his areas of giftedness. It is my calling to be that one teacher for my students… and my calling as a school leader to empower teachers to be that for their students.

My husband David and I have lived in Fort Collins for eleven years and both grew up in Texas. We are thankful for our Texas roots, but like to say that we moved home when we moved to Fort Collins! We have two boys, Josiah (12) and Elijah (9) and can frequently be found around town cheering them on in many sports and activities! When we aren’t doing that, we are running our coffee equipment business, riding bikes, or in the mountains somewhere.

I look forward to another wonderful year at Shepardson!

PSD does not unlawfully discriminate on the basis of race, color, creed, religion, national origin, ancestry, sex, sexual orientation, gender identity, gender expression, marital status, veteran status, age or disability in access or admission to, or treatment or employment in, its programs or activities. A lack of English speaking skills will not be a barrier to admission or participation.
Nondiscrimination/Equal Opportunity District Policy AC >> Title IX compliance Officers >>